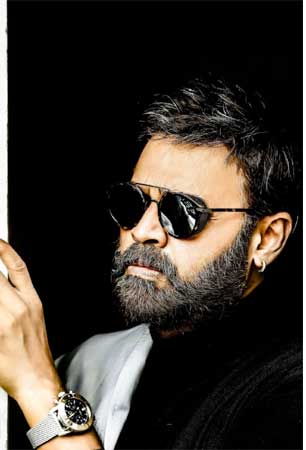 Hero Venkatesh will celebrate his 60th birthday tomorrow. Ahead of this special occasion, Venky did a casual photoshoot, and a photograph showcasing his terrific new look has been making a huge splash on the internet. Venky stunned everyone with a uber cool avatar, as he sports a salt and pepper look with a neatly styled beard.

Even though the photograph was clicked casually, Venky’s stylish look has been getting a huge response from fans. Speculations are already going strong that Venky may don this new terrific look in one of his upcoming films. Tonight, Narappa’s first glimpse well be launched at 8 PM. Venky will also be acting in Anil Ravipudi’s F3, which will commence early next year.