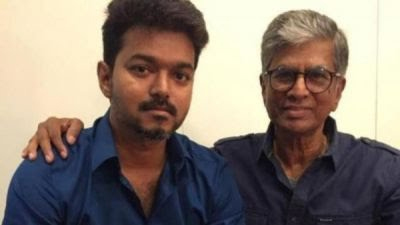 Ever since his father and veteran actor-director SA Chandrasekhar founded the Vijay Makkal Iyakkam political party, Kollywood star Thalapathy Vijay has been maintaining distance from his father. Recently, Vijay even moved the Madras High Court against his father and mother against using his name and photographs for their political outfit.

Now, Thalapathy’s father SA Chandrasekhar has told the High Court that Vijay Makkal Iyakkam has been dissolved with immediate effect after the general body meeting which was held on February 20, 2021. SA Chandrasekhar also took to Twitter and posted a video in which he rubbished the rumors that Vijay did not let his father and mother from entering his house, and even refused to meet him.

SA Chandrasekhar, however, revealed that he and his son Vijay have problems, but there is no bitterness between Vijay and his mother Shoba and that they meet and talk quite often.