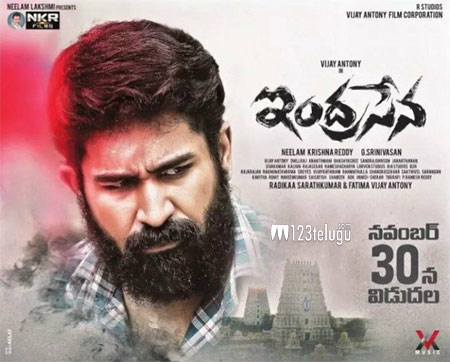 Indrasena is one film which has been promoted on a huge scale. The film is a family entertainer which will have a brother sentiment. Vijay Anthony will be seen in a double role and the news is that the film has come out quite effectively and Vijay will impress everyone with his emotional performance.

The film has caught on quite well and we need to see how the film performs in Telugu. Directed by G Srinivas, this film has a complete brother sentiment.

Raadhika is one of the producers of this film. Vijay Anthony himself composes music.