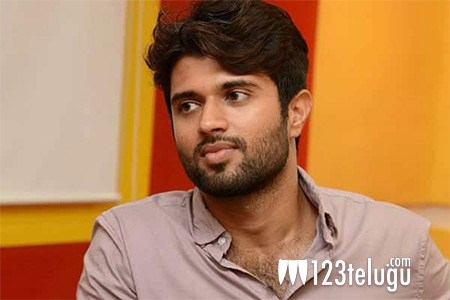 It is a known fact that Vijay Devarakonda is doing a straight Tamil film called NOTA in the direction of Anand Shankar. The filming is currently underway and Vijay is going all out with his performance.

The director, Anand Shankar is quite happy with Vijay and revealed one interesting incident about the shoot. Going into details, Anand says that Vijay stunned the entire set including senior actors like Satyaraj when he mouthed a heavy duty three page Tamil dialogue in just one take leaving many in shock.

This clearly shows that Vijay is the best when it comes to giving terrific performances. NOTA will also release in Telugu later this year.

@TheDeverakonda Just performed a 3 page intense tamil dialogue scene in ONE TAKE. #Sathyaraj sir and all my other artists stunned. We finished shoot early today 😄. #VijayDeverakonda is amaze. #NOTA