Vijay Devarakonda reveals why he chose to debut in Tamil
Published on Sep 29, 2018 4:51 pm IST 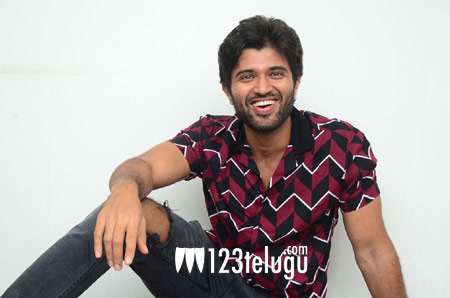 Vijay Devarakonda is the latest sensation in both the Telugu states. Now, his charm has also caught on to other states like Tamil Nadu and Karnataka. Very soon, Vijay will be making his debut in Tamil with a political thriller called NOTA.

Speaking in one of his Tamil promotions, Vijay revealed why he chose to debut in Tamil. The star hero says after receiving so much love from the Tamil audience for Arjun Reddy and Geetha Govindam, the least he could do was to act in a direct Tamil film and give the love back.

Vijay also adds that NOTA was supposed to be made in Telugu but later was transformed into a bilingual. Vijay is busy promoting the film in Tamil Nadu and is getting a good reception for his interviews in Tamil.