Vijay Devarakonda-Samantha film to have this backdrop
Published on Mar 22, 2022 2:00 am IST 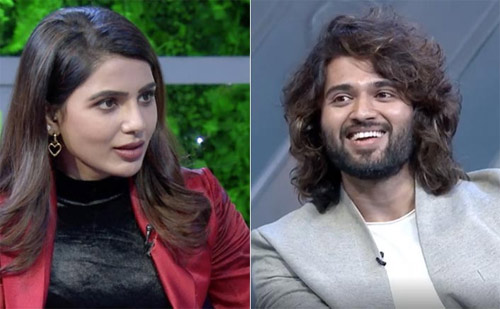 It is a known fact that Vijay Devarakonda is doing a film in the direction of noted director Shiva Nirvana. Though an official confirmation is yet to be made, Samantha will romance Vijay in this film.

Now, we have come to know from our sources that the film has been partly based in Kashmir. Most of the story is set in this region and will also be canned there.

Shiva Nirvana last directed Tuck Jagadish which was out on Amazon Prime and did not win that kind of response. He needs to bounce back and we need to see how he is going to showcase Sam and Vijay in the backdrop of Kashmir.