Vijay Devarakonda’s brother to be introduced through a lip-lock
Published on Apr 1, 2019 4:40 pm IST 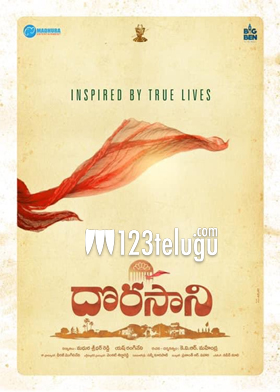 The teaser of Vijay Devarakonda’s Dear Comrade is in the news as it showcased a lip-lock which became a sensation of sorts. The latest we hear is that Anand Devarakonda, brother of Vijay will be introduced through a lip-lock as well in the teaser of his latest film Dorasani.

Rajasekhar’s younger daughter Shivatmika is also making her debut with this film. Now, the teaser of Dorasani is being readied and this lip-lock is going to be a talking point say the sources.

Mahendra directs this film which will be out very soon. Watch out this space for more updates on this project.