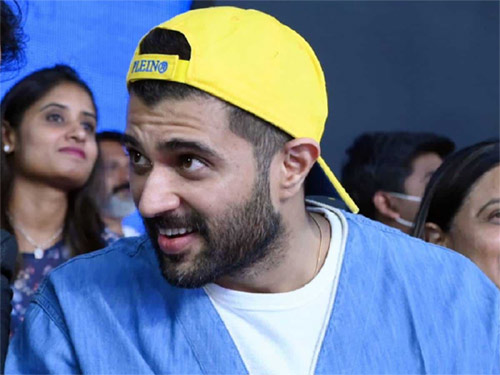 Vijay Devarakonda has been maintaining his long hair look for close to two years now. As he was shooting for his film Liger Vijay had grown long hair as part of his boxer look.

Now that the shoot is done, he has gotten rid of his long hair finally. He was seen with his new look at the Gachibowli Indoor Stadium in Hyderabad for the Prime Volleyball League.

Vijay will start shooting for his new film Jana Gana Mana in the direction of Puri Jagan from the month of April. He is said to play an army officer in the film.