Vijay Devarakonda’s special plan for Dear Comrade
Published on May 11, 2019 4:00 am IST 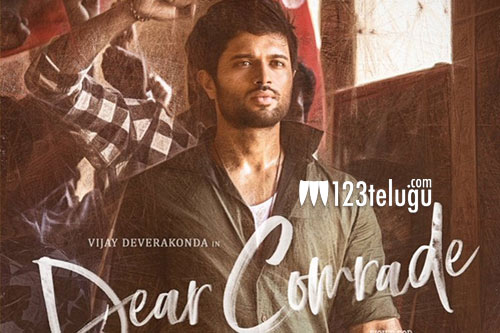 Dear Comrade is a film which we all are waiting for eagerly. The film is in its post-production mode and will release on the 26th of July in a grand manner.

Now, the latest we hear is that Vijay is planning some extensive promotions for the film and he himself will tour various cities in the south and promote his film.

Dear Comrade is releasing in all four south languages and as this is the first time that such a thing is happening with Vijay’s film, he does not want to let go of the opportunity of getting a wider audience.

Vijay is a pan India star and with this film, he is all set to become even more famous.