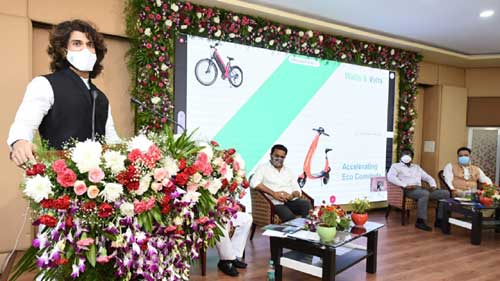 Hero Vijay Deverakonda first turned entrepreneur with his clothing line Rowdy Wear a couple of years ago. He later forayed into film production by launching his production house King of the Hill. Now, Vijay has invested in a Hyderabad-based electric vehicle startup named Watts & Volts.

Watts & Volts provides eco friendly commute facility in Hyderabad through electric bikes and scooties on a pay per use basis wherein riders will just have to pay for using the electric vehicles only for the distance travelled.