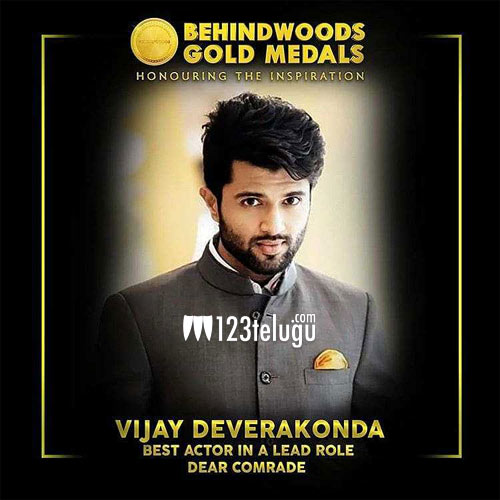 Young hero Vijay Deverakonda’s youthful drama, Dear Comrade, released earlier this year. The film may have been ended up as a debacle at the box-office, but Vijay’s intense and poignant performance had won him accolades.

Now, Vijay Deverakonda has been chosen as the Best Actor in a Lead Role (Telugu) for the year 2019 at the just concluded 7th edition of the Behindwoods Gold Medals awards ceremony in Chennai. Looking dapper in a pink suit, Vijay received the award from KGF star Yash at a glittering event last night.

Vijay will next be seen in an intense romantic drama, titled World Famous Lover. The film will be hitting screens on February 14. 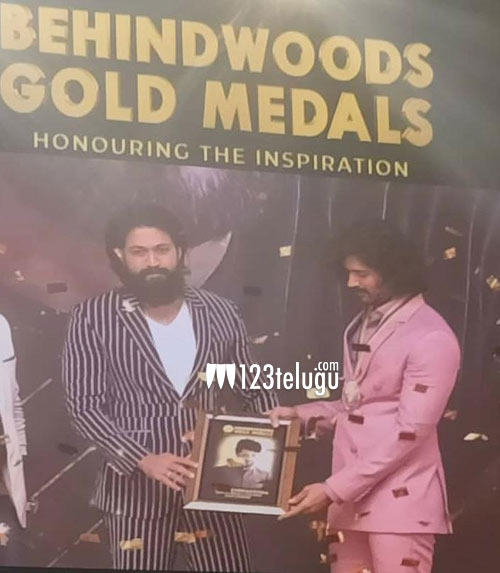