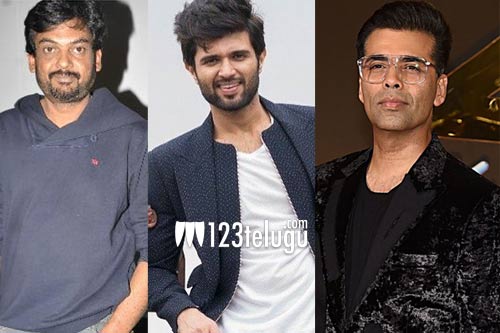 Vijay Deverakonda’s Bollywood debut has been a hot topic since last year. Earlier this year, there were reports that hotshot Bollywood filmmaker Karan Johar will launch Vijay in Bollywood. And here comes the big update.

Puri Jagannadh, the director of Vijay’s soon-to-commence sports drama, Fighter, has inked a deal with Karan Johar to make Fighter a pan-Indian film. Actress Charmi, who’s producing Fighter along with Puri, is the lady behind this crazy deal. Karan will be presenting the Hindi version.

Fighter will be made in all the four South Indian languages along with Hindi. The project will be going on floors in early 2020. An official announcement regarding Karan’s association with the project will be out soon. Kiara Advani is rumored to be in talks to play the female lead in the movie.