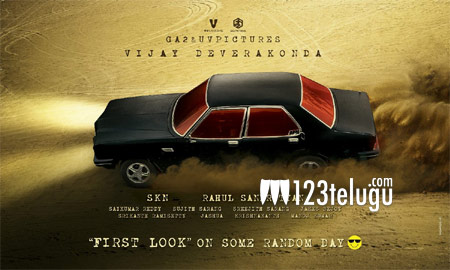 Following the blockbuster success of Arjun Reddy, young hero Vijay Deverakonda is gearing up for the release of his forthcoming film. Said to be a super natural thriller, the film’s title and first look will be out soon.

As per the latest updates, the makers of this as-yet-untitled movie have locked May 18 as the film’s release date. Directed by Rahul Sankrityan, the film has Malavika Nair and Priyanka Jawalkar as the female leads.

Leading production houses GA2 and UV Creations are presenting the movie, while SKN is producing it.