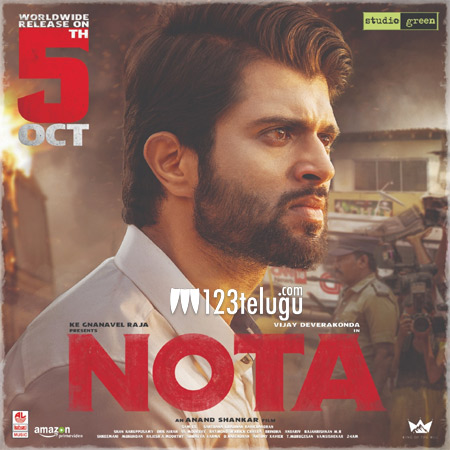 Following the humongous success of Vijay Deverakonda’s previous film, Geetha Govindam, all eyes are on the actor’s upcoming political drama, NOTA. The film is gearing up for release on October 5, and the pre-release buzz has been quite high.

In a latest interview, the film’s producer Gnanavel Raja revealed that NOTA will prominently feature real political incidents that took place in Andhra Pradesh and Telangana and even Tamilnadu, including former TN CM Jayalalithaa’s controversial hospitalization.

However, Gnanavel Raja also clarified that not a single scene in NOTA will show any political party in negative light, thereby not leaving any room for controversies. Directed by Anand Shankar, NOTA has Mehreen Pirzada, Nasser and Sathyaraj in prominent role.