Vijay-Murugadoss’ film to resume its shoot after Kollywood strike
Published on Apr 22, 2018 12:01 am IST 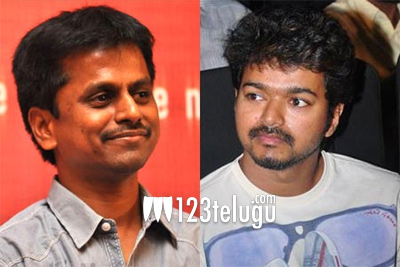 Tamil star Thalapathy Vijay joined hands with AR Murugadoss’ for the third time. In the past, Vijay and Murugadoss had collaborated on Thuppakki and Kaththi. The shooting for Vijay-Murugadoss’ later film was stalled due to the Kollywood strike.

As per the latest updates, this as-yet-untitled film’s shoot will be resumed after a long break. The unit will be flying abroad to can a romantic duet featuring Vijay and the film’s leading lady Keerthy Suresh, starting from the 25th of this month.

Noted Tamil production house Sun Pictures is bankrolling this high-budget entertainer, which will hit the screens during Diwali. Varalaxmi Sarathkumar plays a crucial role in the film.