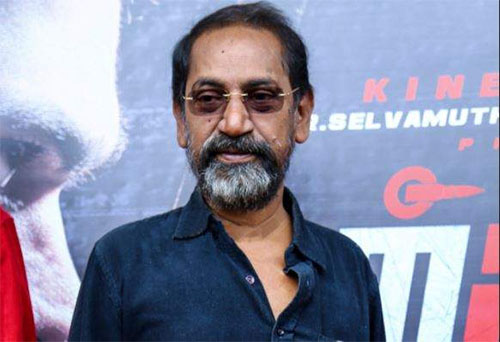 National award-winning Tamil filmmaker SP Jananathan has been admitted in the ICU ward at a private hospital in Chennai. His condition is said to be critical. Jananathan has been editing his upcoming film, Laabam, starring Vijay Sethupathi and Shruti Haasan, until yesterday afternoon.

According to SP Jananathan’s brother Azhagan Tamizhmani, doctors found blood clots in the filmmaker’s brain and are currently doing several tests. The 61-year-old director was overseeing the editing work of Laabam until yesterday afternoon. He went home for lunch and when he never returned to office, his ADs went to his house and found him lying unconscious and immediately rushed him to a hospital.

Jananathan made political-oriented movies. Laabam is also said to be a political drama. 123telugu.com wishes the talented filmmaker a speedy recovery.