Vijay Sethupathi-Taapsee’s next gets an OTT release date
Published on Aug 26, 2021 7:20 pm IST 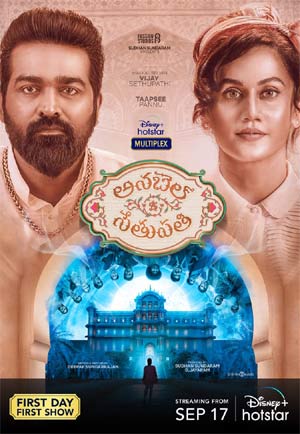 Vijay Sethupathi is well known in the Telugu and Hindi film industries. It is a known fact he is doing a film called Annabelle Sethupathi which also has Taapsee in it.

Now, the latest update is that the film will be out on Disney Hot Star from the 17th of September. In Annabelle Sethupathi, both Taapsee and Vijay Sethupathi will be seen in dual roles.

Touted to be a horror thriller with reincarnation and an emotional love story, this film is carrying decent reports in Chennai. Let’s see whether it lives up to the hype or not.