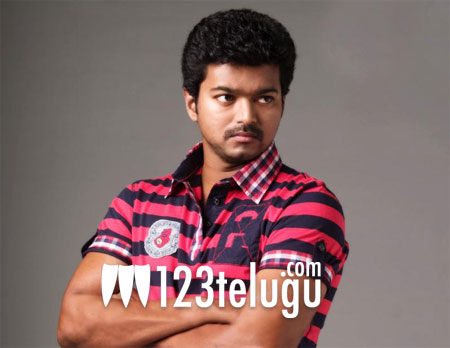 Vijay is one of the most charismatic stars in Tamil Nadu who draws immense fan following across the globe. He is also well known among the Telugu audiences thanks to his hit film ‘Thupakki’ in Murugadoss’s direction. After giving a blockbuster with ‘Kaththi’, Vijay is now shooting for a socio-fantasy film titled ‘Puli’. The Shooting of the film is currently taking place in Kadapa.

Directed by Chimbu Deven, ‘Puli’ marks the comeback of Sridevi to the Tamil screen after a longtime. Sridevi appears as a royal queen in the film. ‘Puli’ also has Shruti Haasan and Hansika as the female leads. Devi Sri Prasad is the music composer, while Shibu and Selvakumar produce the film under SKT Studios banner.