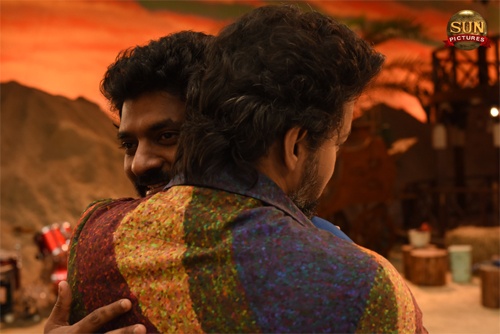 It is a known fact that Tamil superstar, Vijay is doing a film called Beast and the shoot was going on for the last year or so.

A few days back, Pooja Hegde completed her part of the film. Now, the news is that Vijay has also wrapped up his part today.

A snap from the last day of the shoot has gone viral. Seen here in the picture is Vijay hugging his director Nelson Dilip Kumar. Beast is being planned for a summer 2022 release.