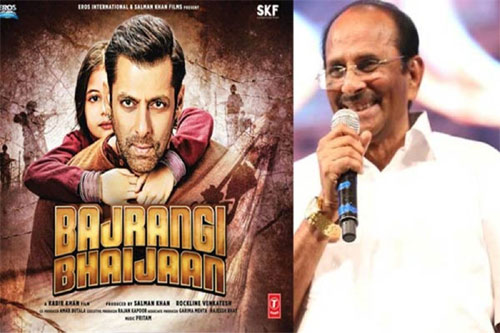 During the Hindi pre-release event of RRR, Salman Khan announced that he will make the sequel to his hit film Bajrangi Bhaijaan.

Kabir Khan directed Bajrangi Bhaijaan and now there is news that he will not direct the sequel. There is also news that Vijayendra Prasad himself will direct this film.

When asked about the same in an interview, writer Vijayendra Prasad said that the script and basic plot have been locked and it is up to Salman to choose the director.

If Bhai approves Vijayaendra Prasad as a director, it will be a massive moment for the legendary writer.