Vikram-Hari combo strikes back with Saamy’s trailer
Published on Sep 9, 2018 3:40 am IST 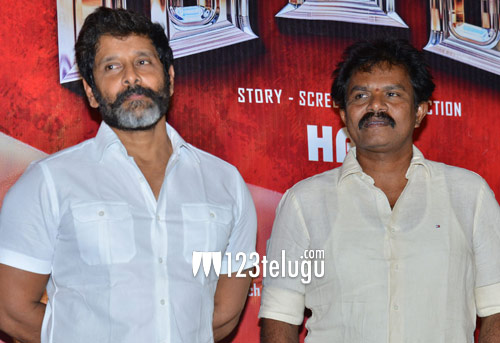 Telugu fans of Tamil hero Chiyaan Vikram have been eagerly awaiting his upcoming action entertainer, Saamy Square. The film is releasing in Telugu as Saamy. The Telugu version’s trailer was unveiled yesterday evening at an event graced by Vikram himself.

Just like the Tamil trailer, Saamy’s trailer too has mass action entertainers specialist Hari’s trademark over the top action sequences and loud emotions. Going by the trailer, it will be a treat for the masses if they lap up the content.

Swamy is slated for release in the third week of September. Keerthy Suresh is the film’s leading lady and Bobby Simha is the main antagonist. DSP is the film’s music composer. Saamy Square is a sequel to Saamy.