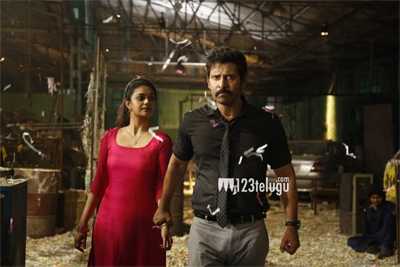 Vikram, Keerthy Suresh starrer Saamy² is in the last leg of shooting. Recently, a song was shot on Vikram and Aishwarya Rajesh in Tamil Nadu. Now, Vikram and Keerthy will head to Ukraine to shoot for a romantic song.

The film is the sequel to Saamy, which went on to become one of the biggest hits in Vikram’s career in the early 2000s. Hari is directing the sequel and expectations are high on this hit combination. It is also the first time that Vikram and Keerthy have teamed up for a film.

Devi Sri Prasad has scored the music. The film will release in Tamil and Telugu later this year.