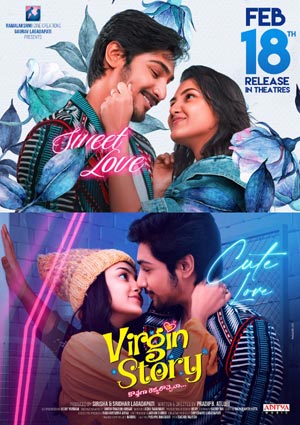 Featuring young hero Vikram Sahidev in the lead role, Virgin Story is now announced for theatrical release on the 18th of February.

The makers are quite confident about their film and have speeded the promotions in a big way.

Virgin Story is directed by Pradip Atluri and it is produced by Sireesha Lagadapati. The film has Vikram Sahidev, Sowmika, Rishika and others in pivotal roles.