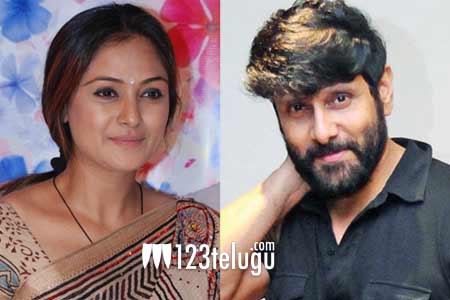 Actor Vikram and Simran are teaming up after a long gap for Gautham Menon’s upcoming action drama Dhruva Natchathiram. The film is currently being shot in Sofia, the capital city of Bulgaria, and the entire team is having a blast during the shoot.

Radhika and popular anchor Divya Dharshini joined Vikram, Simran during the shoot and the whole gang has been spending quality time with each other shopping and roaming around in Bulgaria, when they don’t have a shoot.

The action drama, which presents Vikram in a never before seen avatar, also stars Ritu Varma in a key role. The film is expected to release in Telugu and Tamil later this year.