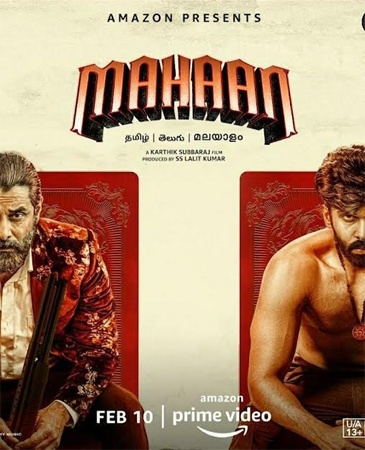 Putting an end to numerous speculations, the OTT platform has announced that the movie is going to make its digital debut on February 10 in Tamil, Telugu, Malayalam and Kannada.

Vikram’s son and actor Dhruv Vikram is also sharing the screen space with the star performer for the first time. The 60th movie of Vikram is helmed by the young director, Karthik Subbaraj. To recall, the director’s last flick, Jagame Thandhiram, failed to impress the audience.

Vani Bhojan, Simran Bagga, Bobby Simha, Sanath and others are playing prominent roles in this action thriller, which is produced under Seven Screen Studio. Popular music director, Santhosh Narayanan, is composing the music for the movie.