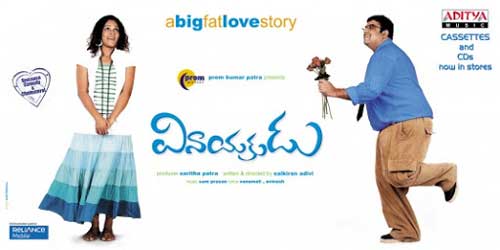 Released in 2008, Vinayakudu, the ‘Big fat love story’, went on to become a decent money-spinner at the box-office. The film also won critical acclaim and a couple of Nandi awards. Starring Krishnudu, Sonia and Poonam Kaur in lead roles, the film was directed by Sai Kiran Adivi.

Now, after 12 long years, Vinayakudu is all set to be remade in Bollywood. Sai Kiran Adivi himself will be directing the Hindi version. An upcoming comedian will be reprising Krishnudu’s role in the remake. Other details about the film’s leading lady and producer will be out soon. The shooting will kick-start later this year, once things are normal.