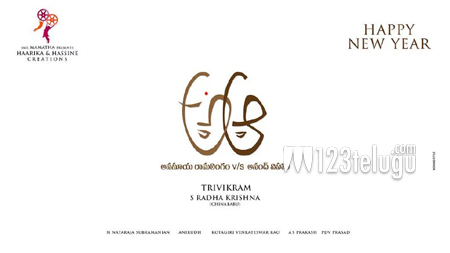 ‘Maatala Mantrikudu’ Trivikram’s next film is ‘Aa.. Aa’, with Nithiin and Samantha Ruth Prabhu in the lead roles. The movie is getting ready for a release on May 6th and we have already reported this.

Sources in the film unit say that Trivikram is extremely happy with the way the film is shaping up and that the dialogues have come out really well. In his last two films, Trivikram drew some criticism for watered down content. He is looking to address that with his next project.

Trivikram stripped away his old team and brought in new faces into the writing and technical departments. He even gave up his longtime association with Devi Sri, just so that he comes out of his comfort zone.

These are promising signs that corroborate what we heard. The movie is being produced by Radhakrishna on Haarika and Hassine Creations.