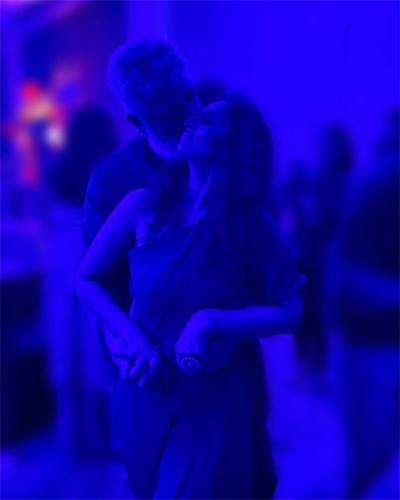 Ajith is a man who keeps his life quite private. Not much is known about his family to his fans and they too make rare appearances in public.

But now, one romantic snap of Ajith kissing his wife at a private party has gone viral. Seen here in the picture is Ajith hugging his wife Shalini and kissing her has broken the internet.

This snap is from a private party and was taken when the couple was indulged in a romantic moment while dancing. Ajith will next be seen in an action biggie in the direction H Vinoth.