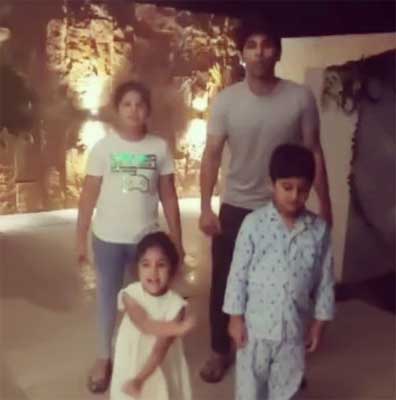 Allu Arjun’s wife, Sneha always posts some lovely videos of their family and keeps entertaining the fans. Today, she has posted a video where Bunny’s kids, Ayan and Aarha are seen grooving with their uncle Allu Sirish.

Also seen in the video is Allu Bobby’s daughter. The kid’s gang is having a lovely time and this video has gone viral now. Allu Sirish is yet to announce a film in the last few months.

Meanwhile, Allu Arjun is waiting to start shooting for his new film Pushpa in the direction of Sukumar.