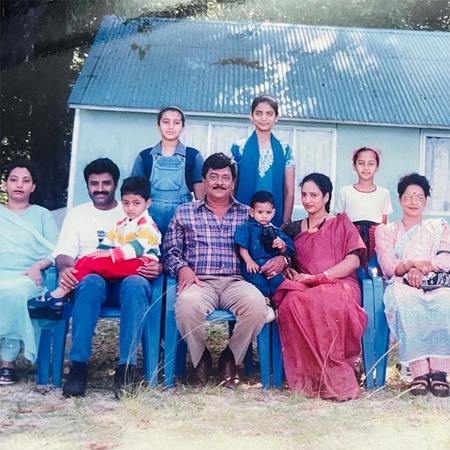 Natasimha Nandamuri Balakrishna, who gave numerous blockbuster movies to the Telugu Film Industry, has turned a year old today. His fans and many celebrities have expressed their warm wishes to the star actor.

Rebel Star Krishnam Raju’s wife Syamala Devi garu took to social media and wished Balayya a very happy birthday in style. She posted a couple of pictures that were captured many years ago.

The pics have Balakrishna and his family. Surprisingly, those pics also have Superstar Krishna and his spouse Vijaya Nirmala. It looks like the pictures were taken during a vacation with the Krishnam Raju’s family. All three heroes look young in the pics. The images are now going viral on social media.

On the work front, Balakrishna is currently doing a mass entertainer with Gopichand Malineni. Tentatively titled NBK 107, the film’s teaser, released yesterday, has been receiving a wonderful response from audiences.