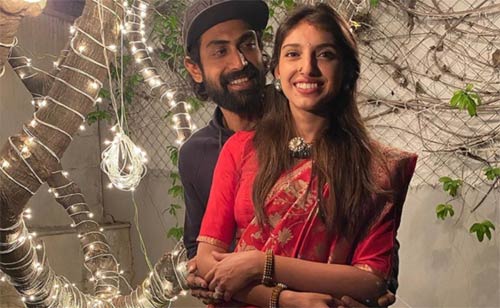 Rana has been maintaining a low profile ever since he has got married. Not much is known about him and his films. Also, he has not posted enough pictures post the wedding.

But one such photo which is quite precious has gone viral in the media. Yesterday, India celebrated the Karva Chauth festival. This is mostly done by the wives for the safety and well being of their husbands.

So, Rana’s wife, Miheeka Bajaj also celebrated the same and the image of the couple has gone viral. Rana is yet to wrap up Viarata Parvam, the film which he is doing with Sai Pallavi.