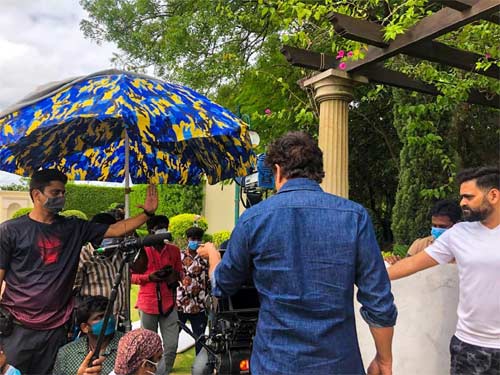 Nagarjuna is doing a film in the direction of Praveen Sattaru and we all know that. He has joined the shoot today and solo scenes on Nag are being canned as of now.

One picture of Nag where he is facing the camera has gone viral all over now. Though Nag’s face is not seen, director Praveen Sattaru is seeing handling the take.

The film is an action drama and also has Kajal as the heroine. She will also be seen as an NIA agent in this film. Watch this space for more updates on this project.