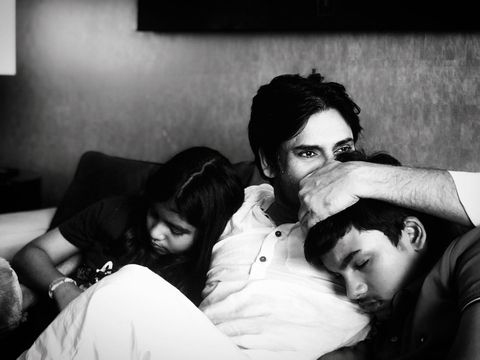 Pawan Kalyan divorced Renu Desai long back but he is very much in touch with his kids Akira and Aadhya. He often meets them and spends a good time with the kids.

One such picture of Pawan with his kids has gone viral all over. Seen in the picture is Pawan in a very emotional manner cuddling his kids. This picture itself speaks a thousand words and brings a lot of memories back.

On the other hand, Akira is growing really fast and many of Pawan’s fans want to see him in the film. Will this happen or not, only time will tell. For now, the image has gone viral.