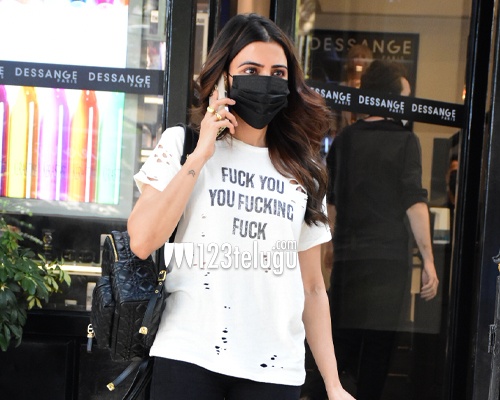 Samantha is always in the news for some reason or the other. So much is written about her time and again but she has stayed silent.

But it looks like she has had it enough and wants to shut the world and its gossip at once. She was seen in Mumbai yesterday wearing a funky T-shirt with all the F words written on it.

Perhaps, Sam wants to say whatever you think and write about me I don’t give a dam which is shown through the wordings on her T-shirt. This image has drawn mixed reactions from social media.