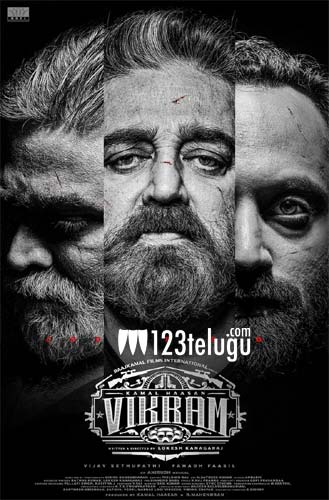 With just the announcement teaser and the first look poster, the hype and expectations on Kamal Haasan, Vijay Sethupathi and Fahadh Faasil’s multi-starrer, Vikram, reached the sky. This Lokesh Kanagaraj directorial’s day one shoot kicked off with a formal puja ceremony in Chennai yesterday.

Meanwhile, two exciting speculations about Kamal Haasan’s role in Vikram hve been going viral on social media since yesterday. Apparently, Kamal will be seen as a visually challenged person in the first half and as a police officer in the second half of Vikram. However, there’s more to this viral buzz than meets the eye, and fans can expect Lokesh Kanagaraj to pull off a much bigger surprise.