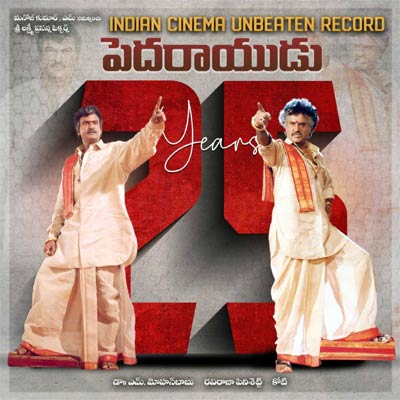 Pedarayudu is considered as one of the biggest classics in Telugu cinema. The film was a blockbuster hit and had some of the great actors like Rajnikanth doing a key role.

The film was directed by Ravi Raja Pinisetty and also had Soundarya as the female lead. What’s special in the video is Rajnikanth is seen touching Mohan Babu’s feet. The dialogues and music of the film was a huge hit.