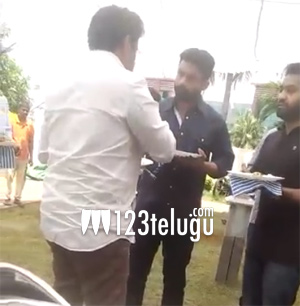 For the last few years, there have been numerous speculations about the differences between Nandamuri Balakrishna and his nephew NTR. While Balakrishna always maintained a dignified silence, NTR laughed off the rumors and kept saying that all was well between him and his uncle.

Now, a video that’s been going viral on social media reveals the solid bond between Balakrishna, NTR and Kalyanram. The video was shot after the passing of Harikrishna, and it looks like the tragedy has brought the entire Nandamuri family much closer than ever.