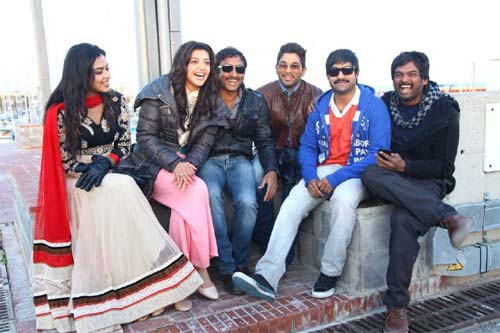 Europe is a favorite destination for many Tollywood celebs as they go for a lot of tours personally and professionally. A number of films are shot in the European countries and today, we have stumbled upon a picture that is quite nostalgic.

Seen here in the above picture are two team units of films Iddarammayilatho and Baadshah. Looks like both these units were shooting in a similar location and met for a break.