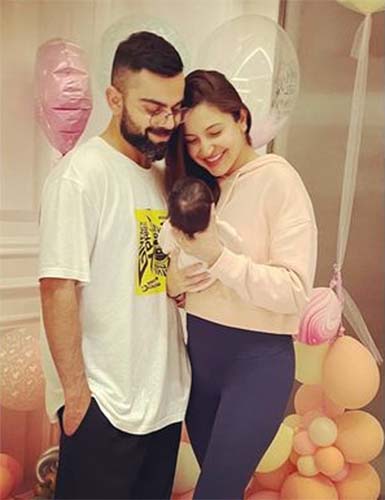 Anushka Sharma and Virat are two huge stars in their own way. A few months back, Anushka gave birth to a cute little daughter Vamika and we all know that.

But images of Vamika are nowhere to be seen on social media. Today, Virat finally revealed why he and Anushka have not revealed their daughter’s face to the media.

When asked about it on a chat, Virat said that he will refrain from exposing their daughter to social media before she has an understanding of what social media is and makes her own choice for the same. 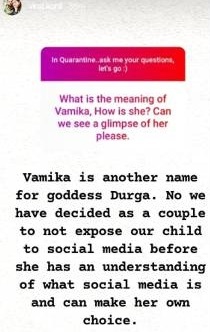