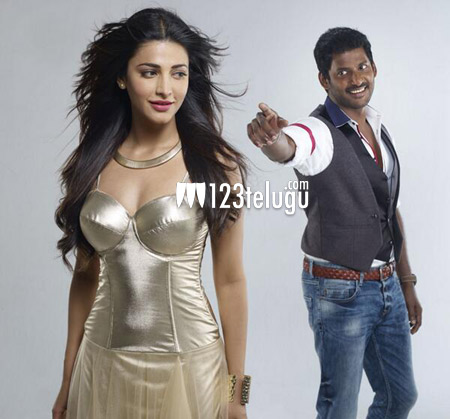 Young hero Vishal, is going great in his career. His busy with some interesting projects, and one of them is Pooaji. Directed by Hari of Singham fame, the shooting of the film is currently going on in Chennai. During one of the fight sequences, an uncanny incident happened on the sets of the film.

Vishal injured his hand while performing a stunt. Incidentally some time back, Vishal had injured the same hand during his other film shoot. He was quickly given medical assistance and was taken care of immediately.

Shruthi Haasan is paired opposite Vishal in this flick, and the movie is all set to release by the year end.