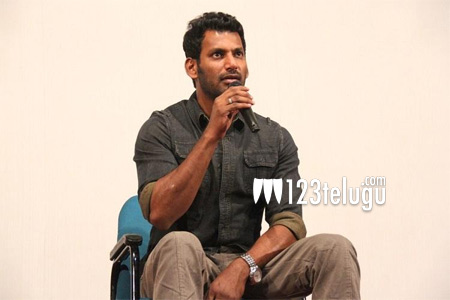 Tamil actor, Vishal is one man who always stands by what is correct and goes to any length to fight for justice. Recently, a controversial actress was making so many statements about actors in Telugu and Tamil and how they misused her.

Vishal even targeted the actress directly and said that one needs to show some proof before making such serious allegations. The actress did not stop there and has named several Tamil actors creating a sensation of sorts in the media.

Now, the latest we hear is that Vishal is planning to take legal action on that actress and is in discussion with his legal team. We need to see how things will turn from now on.