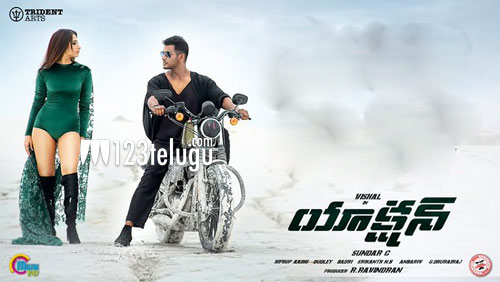 Vishal’s new film, Action has been in the news ever since the superb action-packed trailer went viral all over.

The film is up for a release this Friday and the latest we hear is that it will release in more than 200 screens in just the Nizam area alone.

This is the biggest ever release for Vishal in Telugu. Tamannah plays the female lead in this film which is being directed by Sundar C.