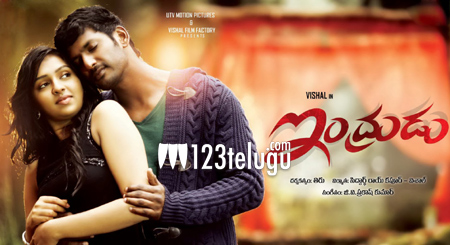 Tamil hero Vishal, has a decent market in Tollywood too. But off late, he has lot his steam, and is trying hard for a hit. He is now back with an action entertainer in the form of Indrudu.

All the dubbing and post production formalities of this film have been completed, and the makers have decided to release this film on the 20th of this month.

Vishal plays an interesting character of a man with sleeping disorder in this flick. Lakshmi Menon is cast opposite him and Vishal himself is producing this flick along with UTV Motion Pictures.