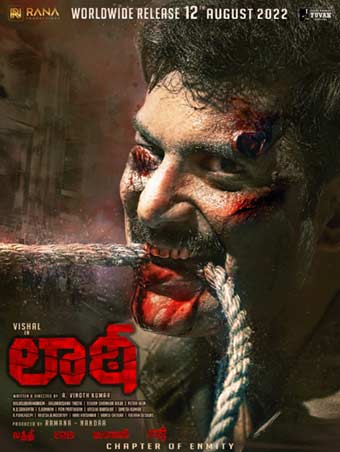 After delivering a decent hit film, Saamanyudu, Vishal is coming up with an intense action movie called Laththi. Directed by A Vinoth Kumar, the movie has Sunaina as the leading lady.

Today, the makers took to social media and announced that the pan-India movie will be released in theaters across the globe on August 12, 2022. An intense and powerful poster has also been released to announce the same.

Produced by Ramana and Nandha under the Rana Productions banner, the movie has Sam CS as the music director. The movie will be released in Tamil, Telugu, Hindi, Kannada and Malayalam.