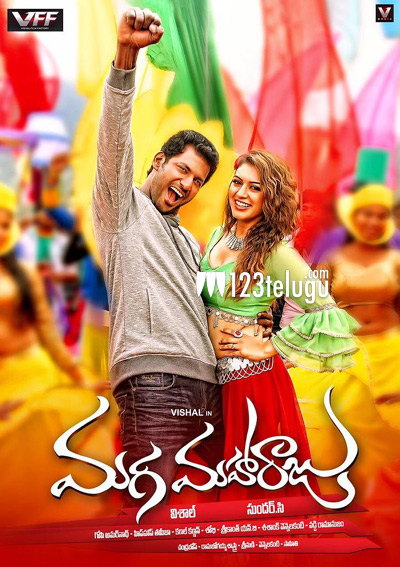 Actor Vishal has been churning out successful films loaded with commercial elements. The actor’s latest Sankranthi Tamil hit ‘Aambala’ will be releasing in Telugu as ‘Maga Maharaju’ on 27th February. The film has been directed by popular Tamil actor and director Sundar C. Starring Hansika as the film’s leading lady, ‘Maga Maharaju’ is an out
and out action entertainer with high doses of comedy.

The film sustained the Shankar-Vikram’s ‘I’ storm and registered solid collections across Tamil Nadu as well as in overseas areas. Vishal will himself release the film in Telugu under his Vishal Film Factory banner and buyers are showing interest to acquire the theatrical rights thanks to the success of his last film ‘Pooja’.