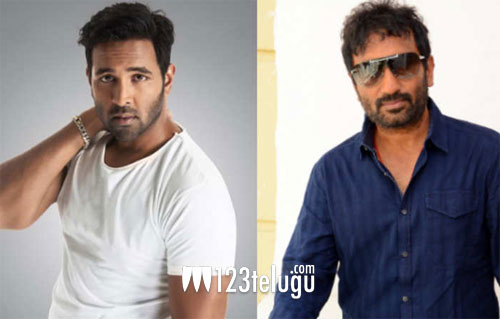 Around a month ago, there were reports that hero Vishnu Manchu will next be teaming up with Sreenu Vaitla, the director of his 2007 blockbuster comedy entertainer, Dhee, for Dhee’s sequel. However, neither Vishnu nor Sreenu Vaitla had made an official announcement.

But today, Vishnu has officially confirmed the project with Sreenu Vaitla. Interacting with the media after his visit to Tirupati, Vishnu said that he is indeed joining hands with Sreenu Vaitla after 12 long years. However, Vishnu didn’t confirm whether the film is going to be a sequel to Dhee.

The film is expected to go on floors very soon. Vishnu himself will be bankrolling the project.