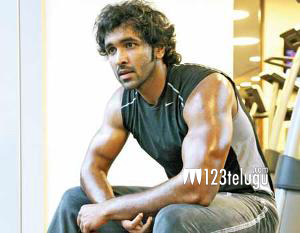 Manchu Vishnu was a gigantic personality during the initial days of his career and he was criticised for his beefy looks and post Krishnarjuna he hit the gym and has become so lean. He has now developed a fit and muscular body and denied rumours of having gone through liposuction.

He is now going further ahead and is in the process of developing a six pack body and is all set to flaunt his abs in his next untitled film starring Mohan Babu, Manoj, Tanish and Varun Sandesh. He has frankly admitted that he is only half way through his body transformation and is pretty confident that he will get a sculpted physique very soon.

Meanwhile he has completed the shoot of his next film Doosukeltha which is expected to release soon. Veeru Potla is the director of the film and has Lavanya playing the lead role.