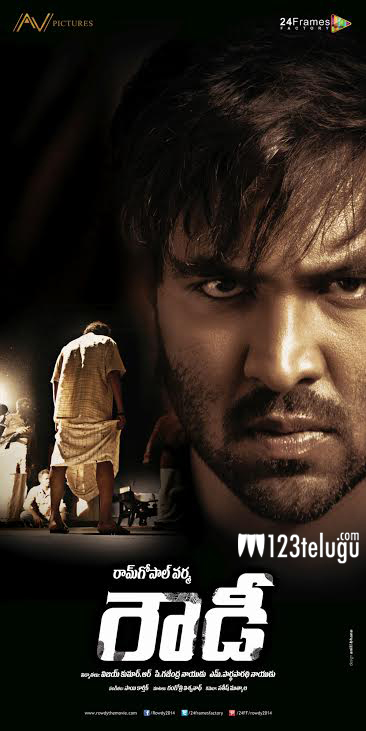 The buzz surrounding RGV’s Rowdy has been building day by day. Now the producers are confident that the trailer will prove that the buzz is right. Vishnu Manchu, who is currently in USA, will launch the trailer of this film on Saturday morning.

Directed by Ram Gopal Varma, ‘Rowdy’ is a high intensity action drama set in the arid landscapes of the faction ridden Rayalaseema region. It showcases the lead stars, Dr. Manchu Mohan Babu and Vishnu Manchu in never seen before looks.

For the first time in his career of 30 years and 500 films, Mohan Babu will look very realistic in ‘Rowdy’. RGV, who is known for realistic dramas added intensity to Mohan Babu’s character by convincing him to sport his natural look. Rowdy also reunites the hit reel pair of Mohan Babu and Jayasudha after a very long gap.

Vishnu Manchu, whose three films had a blast at the box office, will be seen in a highly new and intense look in ‘Rowdy’. This film is produced by Parthasarathy, Gajendra and Vijaykumar of AV Pictures.