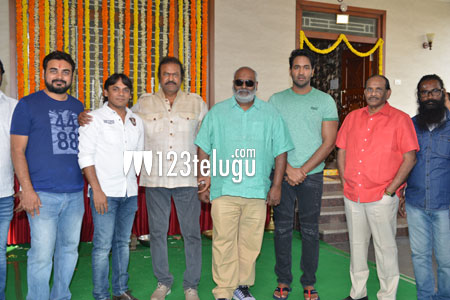 It is raining bilinguals in Tollywood of late. Yet another hero whose film will be made in Tamil as well is none other than Manchu Vishnu. The latest news is that Vishnu’s new film in the direction of G S Karthik was launched today in Hyderabad.

Collection king Mohan Babu kick-started the proceedings for this film which will have talented beauty Surabhi as the female lead. Produced by Sudheer Kumar, this film will be made in both Telugu and Tamil at a time.

S S Thaman scores music for this fun entertainer which will have Vishnu Manchu in a completely new look. Meanwhile, Vishnu is gearing up for the promotions of his new film Lakkunnodu which is up for release soon.