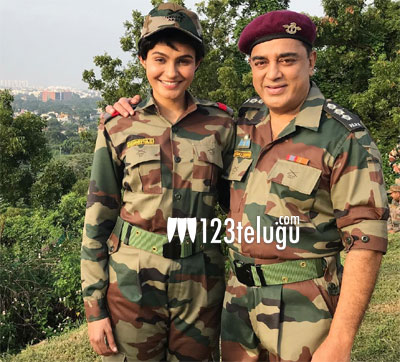 Kamal Haasan’s long-delayed film Vishwaroopam 2 is finally back on track. The film was put on backburner for several reasons, and Kamal went on to complete Uttama Villain, and shot few portions of Shabaash Naidu before he suffered a fracture, and went on debut on TV.

With Kamal planning to take a plunge into active politics, he has reportedly decided to wrap up his prior commitments, and as a result, he is focusing on completing Vishwaroopam 2. Majority of the film has already been shot, and recently, Kamal Haasan, Andrea Jeremiah got together to shoot few more scenes for the film.

The film also stars Pooja Kumar and Sekhar Kapur. More details about the film are awaited.